Taking up a long-term hobby is one of the most popular recommendations for those that are wondering what they are going to do with all their free time during their golden years. There are countless hobbies available that a retiree might be interested in taking up, but not all of them are accessible both financially and physically. Gardening, however, is something of an exception, as it can be as physically and financially demanding as a retiree wants, depending on how much of their time and money they are willing to invest into it.

Gardening is something that most retirees should consider taking up when choosing a new hobby after they’ve left their work years behind. Here we will detail some of the compelling reasons gardening is often the best pastime around for retirement.

Starting a garden doesn’t have to be expensive, as long as a retiree at least has a bit of space to work with. While some might want a new gardener to buy a range of different tools, gardening can be done with minimal equipment necessary. Simply finding a patch of ground, preparing the soil, and planting some seeds can be enough to get started with, and all the rest can come later as it’s needed. 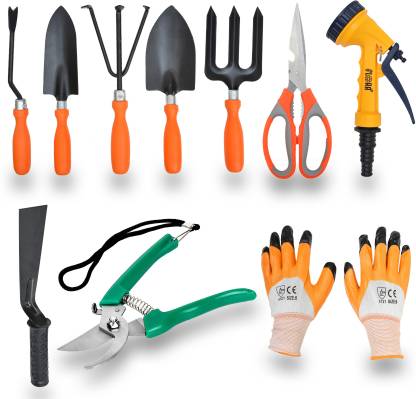 Other tools, like watering cans, spades, and pots, are usually extremely easy to find at second-hand shops, and don’t cost much to buy. On top of that, if a retiree decides that they would like to grow vegetables in their garden, it can significantly cut down on their monthly grocery costs while also ensuring that they have access to healthy food that they grew themselves.

It’s Good For The Mind And Body

Getting out into the sun every day is extremely good not just for a person’s body, but also for their mental well-being. Along with that, gardening also means physical exercise without it being too strenuous, which is also good for maintaining good long-term health.

Fresh air and a natural setting is a free and simple way of reducing the amount of stress and anxiety that a person may feel, and even just digging in the soil can release bacteria that have been shown to cut back on our depressive moods. There are numerous benefits that a person can enjoy while out in the garden, making it a fantastic and cheap way of avoiding going to the doctor.

It’s Another Source Of Income

When a gardener starts to get really good at growing their own vegetables, it won’t take long before they have an abundance of produce, more than they can eat on their own. This might create the perfect opportunity to start making an income on the side by selling the extra produce at the local farmer’s market, or even at stores around town, and using the extra money for rent or https://onlinecasinodubai.org/.

People are always on the lookout for home-grown food, and it can be an advantageous way of getting some money in every month while also ensuring that the community has access to healthy foods.

Previous PostTips For Seniors Getting Started With Bingo
Next Post What Is The Best Place To Live In After Retirement?