Diving into Netflix can certainly be a challenge. Dozens of shows and hundreds of movies make for a dazzling amount of entertainment. But, how to find the viewing that specifically appeals to you?

One of the great things about Netflix is that is has been designed to appeal to virtually all demographics, with no one left out. That, of course, doesn’t mean you can’t find your viewing pleasure wherever you want, but it does often help to start looking in the area specifically aimed at your demographic.

Here are some excellent Netflix shows that are perfect for seniors.

Rated in the top 3 most watched shows, Death In Paradise is top notch casual entertainment. British made, and focused on a team of detectives who tackle crime on an island paradise, it doesn’t get much more charming, or much more delightfully witty. It is perfect for binge watching, and will leave viewers with a smile on their face, almost guaranteed.

Best of all, with 7 seasons, and more in the works, it’ll take some time before you actually run out of new episodes. 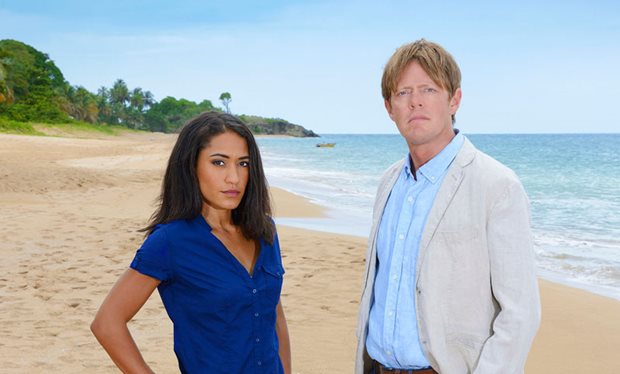 An award winning series that explores the life of Queen Elizabeth II. Starting in the 1940s, the series tackles the various disasters, intrigues, and other dramas the Queen Elizabeth faced, pulling no punches, and paying great respect to the multiple political figures that make an appearance.

All in all, The Crown is thoroughly enjoyable, extremely educational, and a must watch.

Witty, silly, but equally as mysterious and thought provoking, this modern adaptation of the classic Sherlock Holmes character is top tier Netflix viewing. Not everyone may agree with the changes made to the classic stories, but it is still well worth a watch, even if just to see how the character translates into a very different setting.

The episodes do run a touch longer than normal, at 90 minutes, so it will pay to have some Canadian gambling set up on your phone as a companion, just in case you’re planning a lengthily binge watching session.

The hilarious story of retirees who believe they have life figured out, only for one another’s husbands to fall in love with each other and leave them abandoned. Extremely witty, constantly entertaining, and always fun, this one is all but a guaranteed classic in anyone’s library.

It has 6 seasons, which translates to 78, 30 minutes episodes. In other words, binge watching is the name of the game here, and there couldn’t be a better light hearted and enjoyable show to offer such a lengthily viewing experience.

Last but not least we have Call The Midwife, the extremely popular period drama set in the 1950s. Following a midwife that starts a new position at a nursing convent, the tales told are moving, often hilarious, but always eye opening.

All in all, this is probably the most universally loved show on the list, and with 71 hour long episodes to get through will no doubt offer viewing entertainment for months.